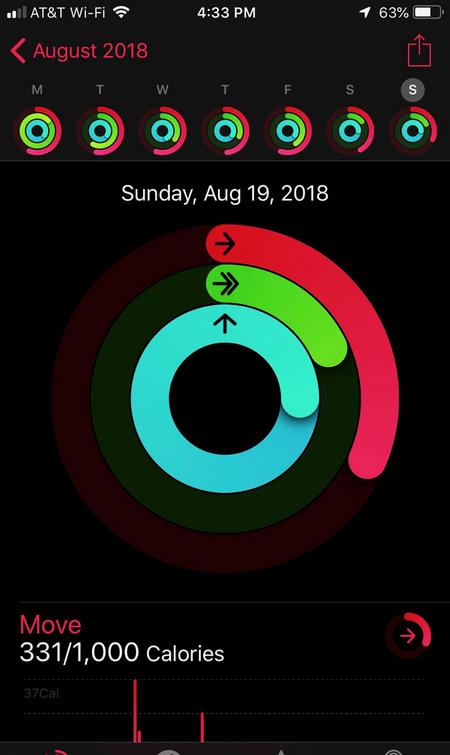 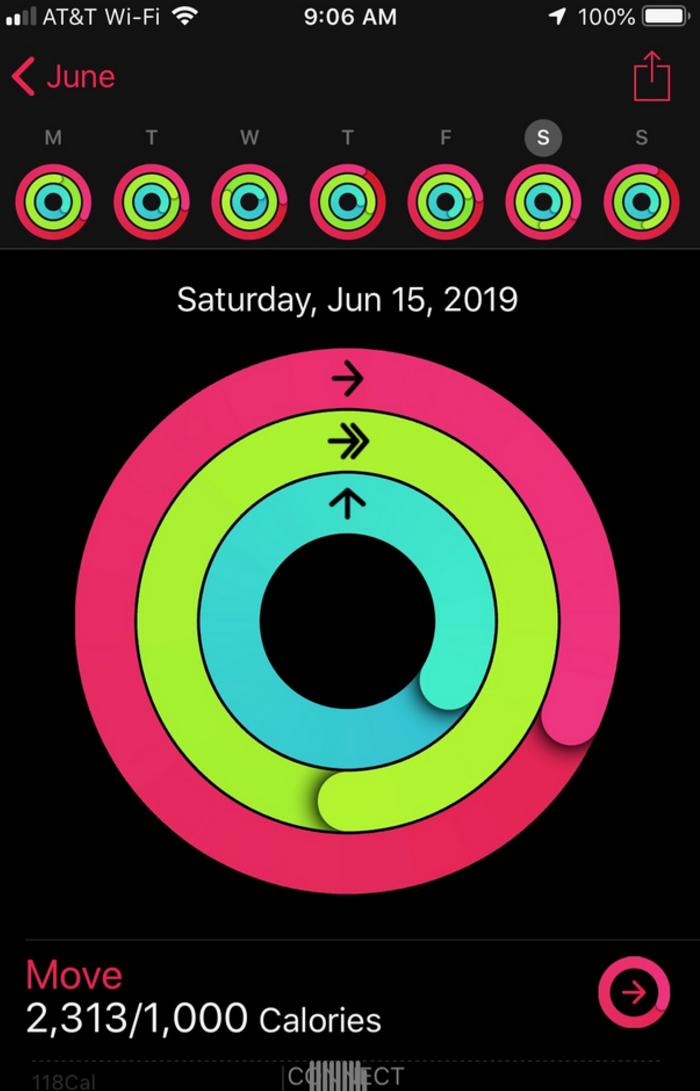 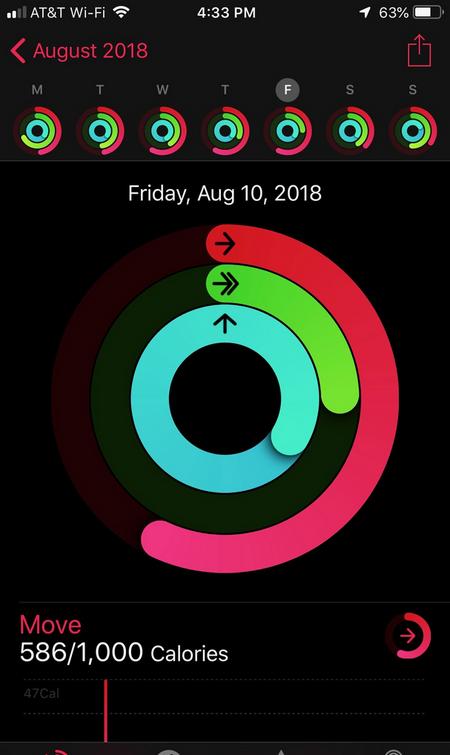 Recovering from a knee injury -

I got my Apple Watch when they first came out.  I love gadgets.  I also happen to be a personal trainer.  The activity portion though never interested me personally.  I kept track of client’s activity with the sharing.   We talked about closing their rings or how many steps they did that day.  I looked at my activity.  I did a lot usually.  Some days more.  Some less.  I rode my bike or ran or used the elliptical but the busier I was at work the easier it was to say I didn’t have time for that.

But then last summer everything changed.

I turned 60 in September.  As it approached I started running outside again in the mornings - with the plan of getting in the best shape possible for the Big 60.  But then I injured my knee… bad!  The orthopedist said I needed a new one.  But the process of knee replacement seemed too overwhelming to consider at least right away.

It was pretty obvious my life had changed.   I could tell by looking at my Apple Watch I was barely moving all day…. even on days I worked all day.

Well, I was moving some but while I had been a fast walker at work, walking my dog, taking out the trash, I was now slow.  Very slow.  The faster you move the more your heart rate goes up - obviously.  The Apple Watch would know I was moving but I was so slow the heart rate never went up enough for it to call it “exercise”.

So now I had a goal.  I never paid much attention to those circles but now it was an obsession. It’s easy to get me obsessed about something.

All through the fall the knee only got marginally better. I could walk a little faster and I could closed that damn exercise ring sometimes.  Walking for the most part seemed ok if I then iced my knee.  It didn’t feel great but I could do it.  But the watch kept me motivated.  I could see what I was doing.  In the fall I closed all my rings for the first time since July.  But the recovery was slow.  And was it recovery or postponing the inevitable knee replacement surgery?

In January of this year I was able to start using the elliptical machines at Urban Body.  Since they came out in the 90’s I’ve loved them.  To me more fun than a treadmill.  I loved running outside but not inside.  On the elliptical machines I could barely have the incline up but I didn’t give up.  I could see those rings closing or at least getting closer.  Each day I would do a little and stop.  And then did it again the next day.  In a few weeks I was doing what actually felt like exercise again for the first time since last summer.  I kept thinking if I can do this maybe I can get on my bike again.  There were a few set backs.  A run in with sciatic nerve pain…. but since January I’ve been fairly active again.

In April I did get back on my bike.  It appears running is out of the question even if I have knee replacement so the bike was my goal.  5 miles first then 10 another time.  20 miles, 38 miles then in June I did 50 miles plus on several occasions. With cycling those rings begin to close.

The watch had shown me how little I was moving  so I looked in my history to see what I had been doing the past year, the past 2, 3,4 years.  I was surprised I hadn’t been doing more.  Yes, I was active but if I really looked at it I could see I could easily done more.  After not being able to move one really appreciates moving.

So now I look at the rings, I look at the calories burned.  I have goals all day long.   So many calories in walking my dog. When I get on my bike or the elliptical machine I have a goal.  It may be calories burned, time active or distance but I can stay motivated with the help of my watch.  It also keeps me honest.  Sometimes it’s easy to think I’m active when I’m not so much - but that’s another story. I’m not happy I have the knee injury but it taught me to be more aware.  And that’s what an activity tracker does.

Awareness is knowledge.  For me once I see it I’m ready to act.